Water is the main element of our site and gives a clear indication of north east as the main view that need to be enhance. The green system is divided into two main elements: a mountain in the south west corner the water front that stretch as north south element. The urban fabric gives an idea of which one is the city morphology and how our design would be integrated in it. Surrounded by residence our commercial podium will be the main attractor for the population needs. By adding all the layers together，we have a clear understanding of our context and we are able to start the design process.

Commercial Podium is chronologically the first element encounter by the user. The people attracted by this series of monolithic volumes would start moving towards them. People would gradually have the feeling to become part of them. This is happening because the flow of people is the element that shapes this geometry producing those cuts. By moving in our site, people would reproduce the act that generated the geometry repeatedly. Like a river where you could not discern if a stone is there because the flow moves in a determinate path by adapting to the stone geometry. People flow and our geometry will have this similar mutual relationship.

The elegance of the towers take inspiration from the natural words. A plant that gently climb up by twisting and wrapping around and existing element. The movement is executed as soft as possible, the climbing plants is almost trying to protect the other one in a maternal hug. In the same way we developed a skin system of lamellas that by twisting around the towers embrace them in a gentle movement enhancing the geometry and the verticality.

The tallest tower has a more important presence among the complex. For this reason we decided to start with a glorious concept of a mineral that grows tall from its own sediment layer. It’s like a rock that become a diamond. This concept is revealed in the external skin that developed a faceted geometry. To make the tower feel more majestic, we design the façade with three different type of glass, each one has a different behavior and refract the light differently, exactly like a crystal. 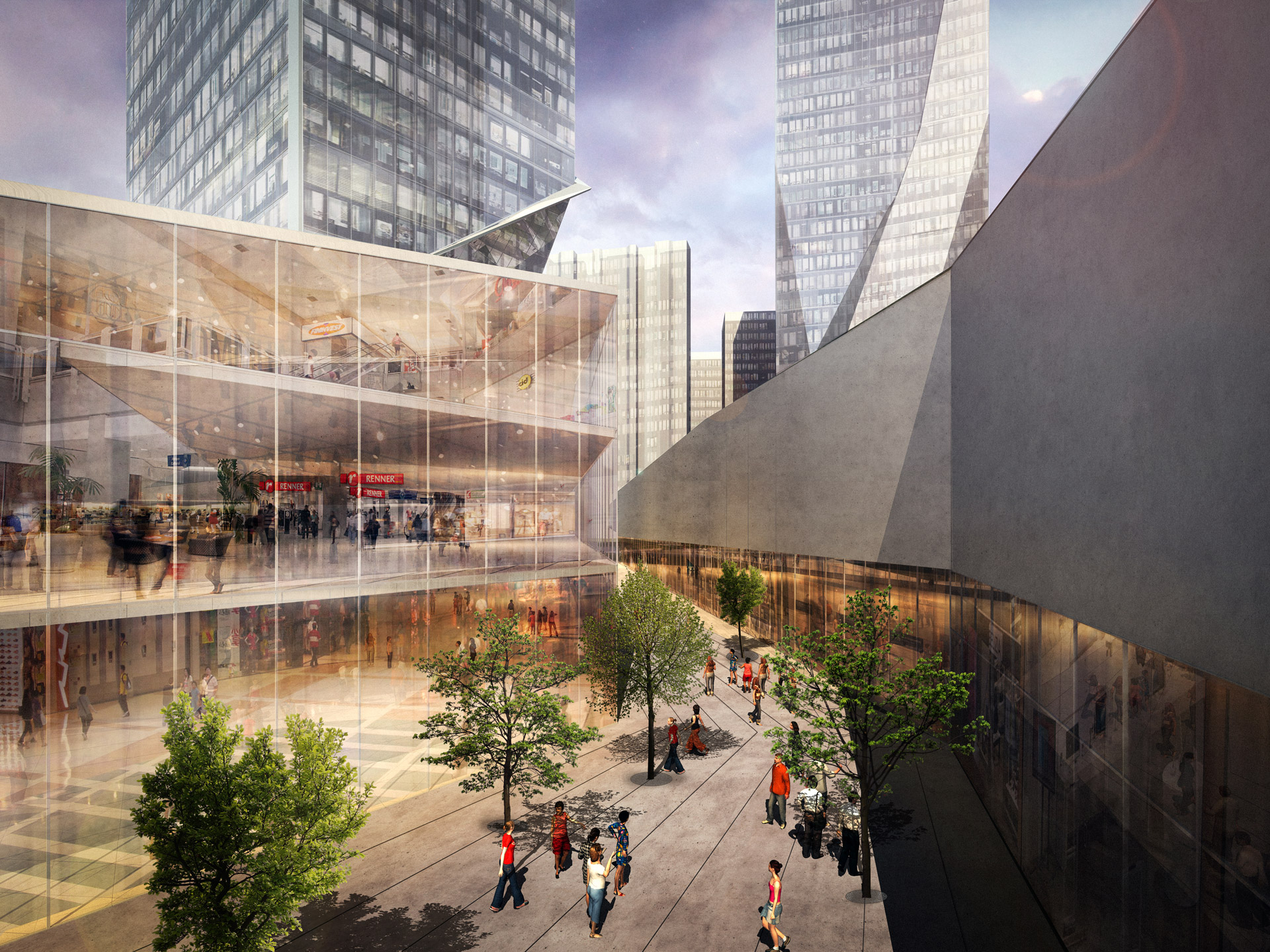