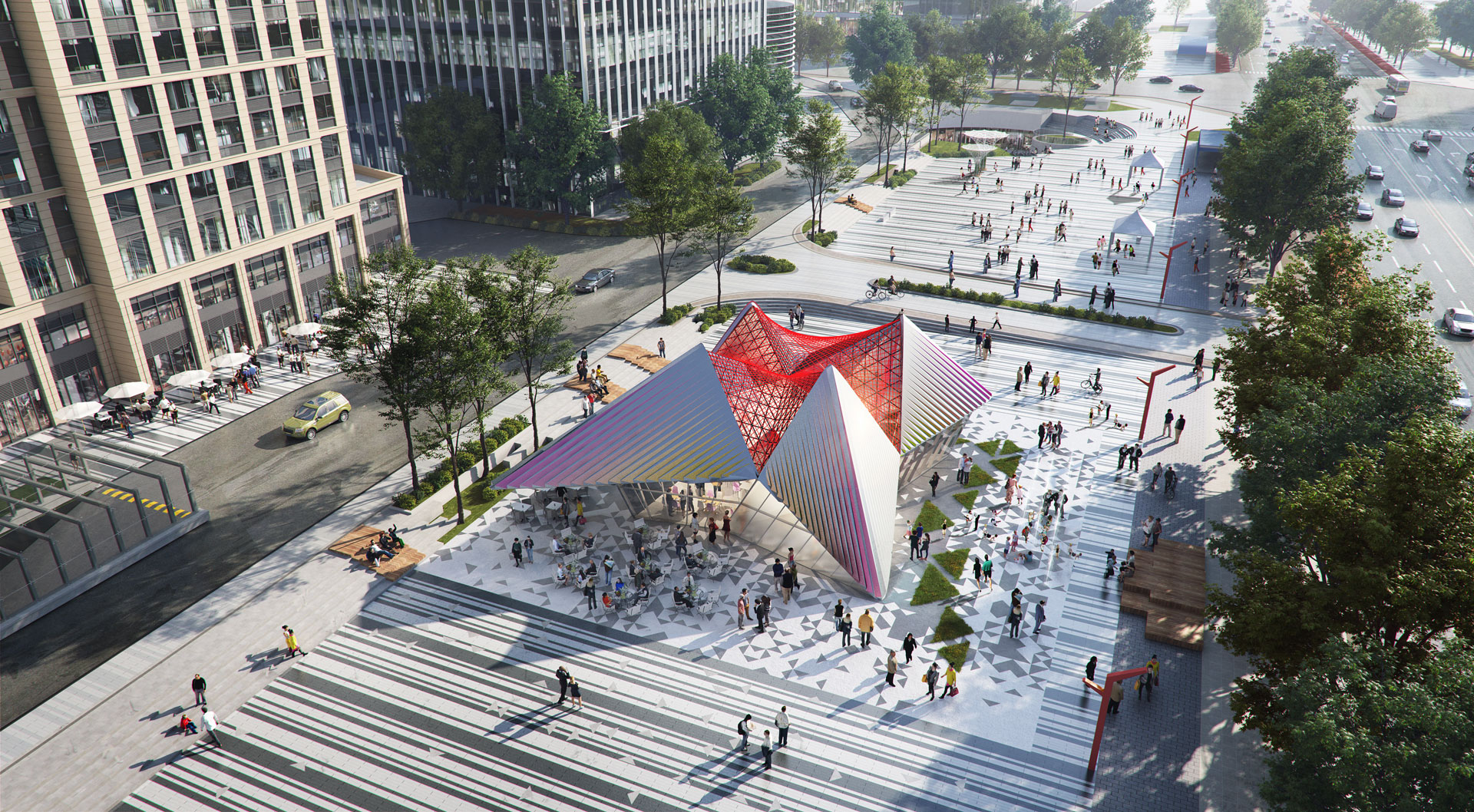 The inspiration of architectural form comes from origami elements. Children's games become the way to open the building. The plane changes from inside to outside in three-dimensional direction due to folding. Each side of the paper corresponds to the elements of the building.

The elements of the line become an integral part of the building from beginning to end. Simple linear elements are superimposed repeatedly in space and added with human activities to form an important interactive function.

In the background of square field, the logic of folding is perfectly combined with the axis of the ground. Therefore, the four corners of the building fall in the diagonal line of the site, and the obvious fold surface faces the street.

Under the deduction of origami game, each surface of paper gradually evolved into inner and outer walls, roofs and transparent surfaces. According to the different orientation, the nature of the building surface also changes. 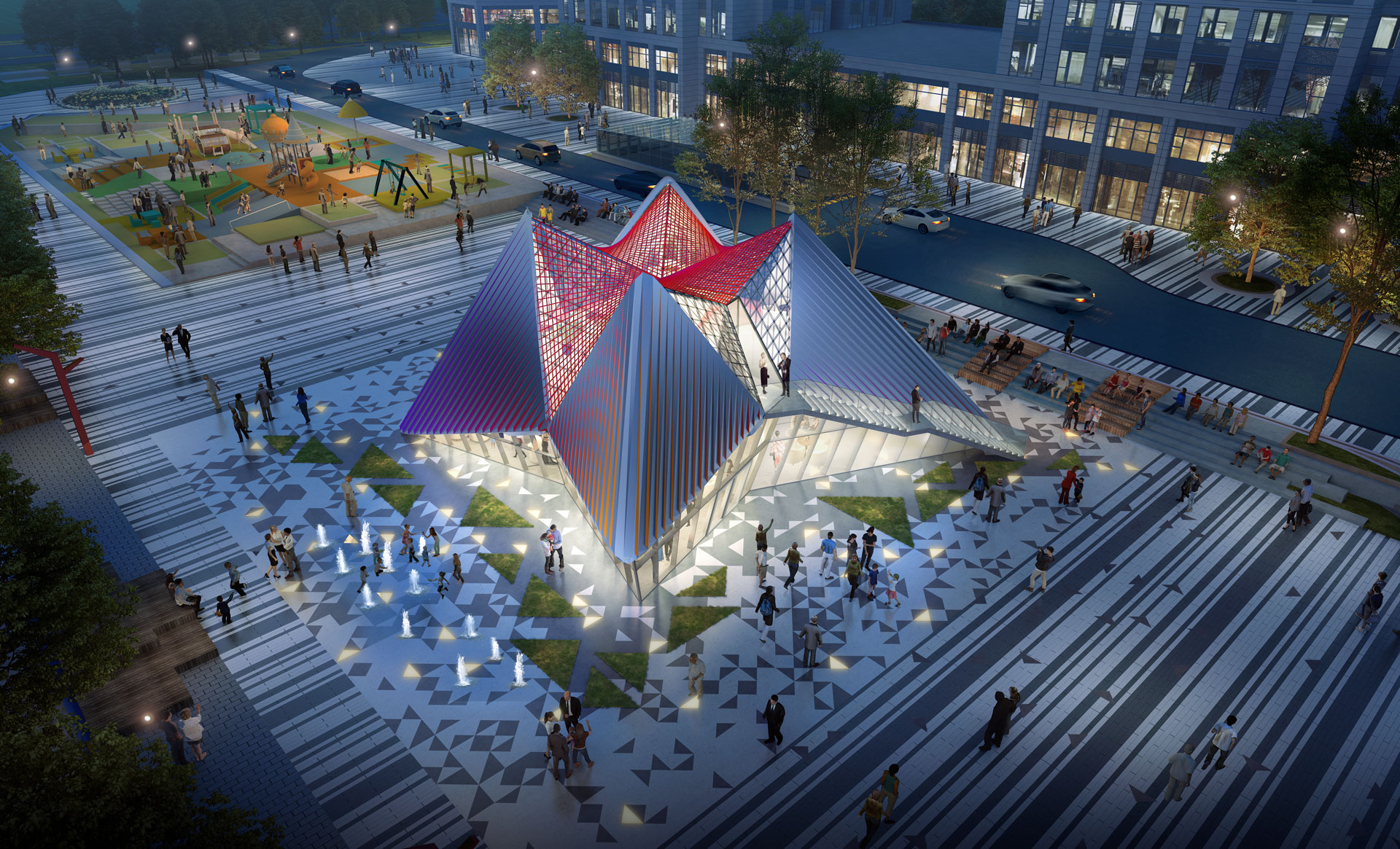