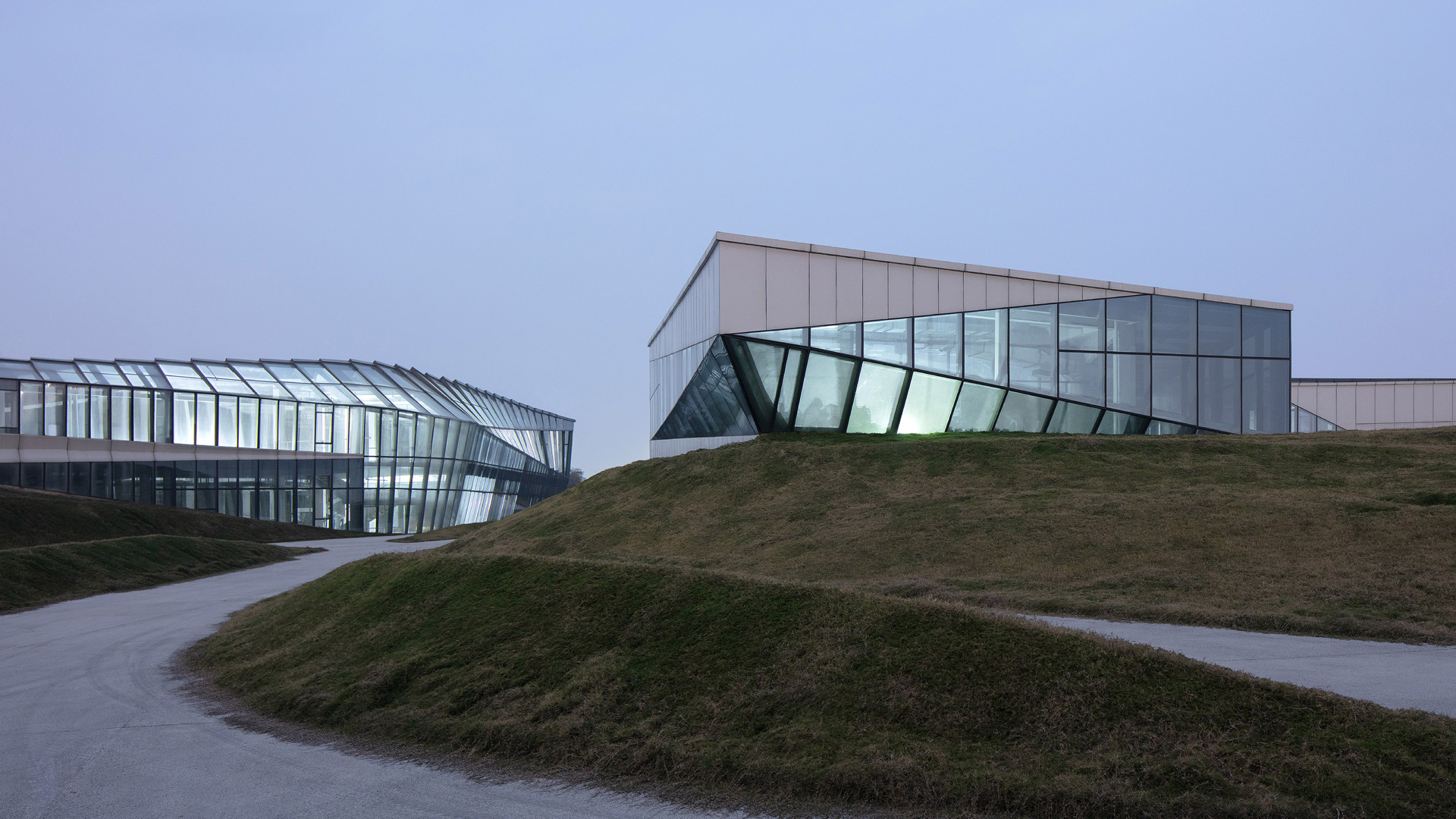 Xi'an Eco-park is part of a district located in the Chongwen Jing River region of the Xixian New Area. The project includes an eco-restaurant and a design hotel, acting as a focal and referential point within the landscape. Based on the integrity of the design and the compatibility with the surrounding environment, a spatial twist and the mutual transformation between architecture and landscape become the central design concept. Hence, our main concern was to develop a language compatible with the landscape, such that the architectural event takes place as a consolidation or intensification of a various moment within the park.

The design, hence, is triggered by the desire of building, a dialogue between the landscape and its architecture, and an exchange that can build local specificity generating a sense of strong identity. Such identity, however, instead of relying on iconoclastic imaginary, finds its articulation in its placing within the site, stretching its boundaries onto the ground and producing a woven linkage with the landscape through elongated transitions - both spatial and functionally, it redefines its context and creates a new environment.

Through the thinking of the integration and landmark of the buildings, the site information and the target benefit are organized organically, so that the design itself skillfully transforms back and forward in the dialogue between the landscape and the architecture, and then produces a compound product that transforms mutually in space and function, giving the site a new feature.

The restaurant has the same orientation as the whole park, focusing on ecological meals, emphasizing the production and processing of Xi’an’s local food and recipes, with its vegetable and fruit planting park and butterfly greenhouse. The experience offered to dinner includes picking their vegetables and following their cooking process. In addition to the dining experience, the project proposes some auxiliary activities such as a children’s playground and a greenhouse. Both are included in the internal layout of the restaurant. As a supporting part of the restaurant, the designed hotel has 17 guest rooms, each of which has a high-quality landscape orientation and is connected by an intensive two-floor reception area. 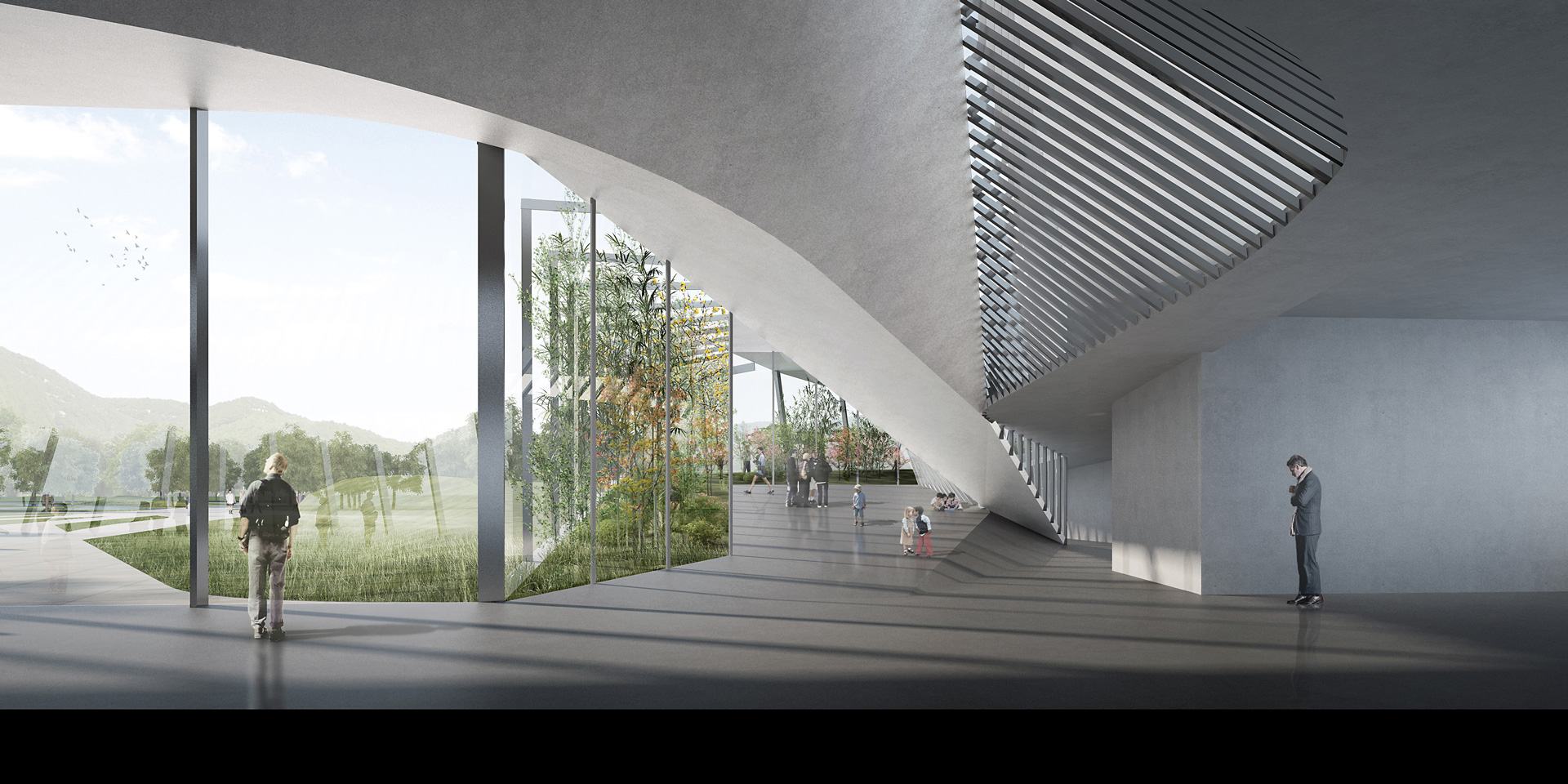 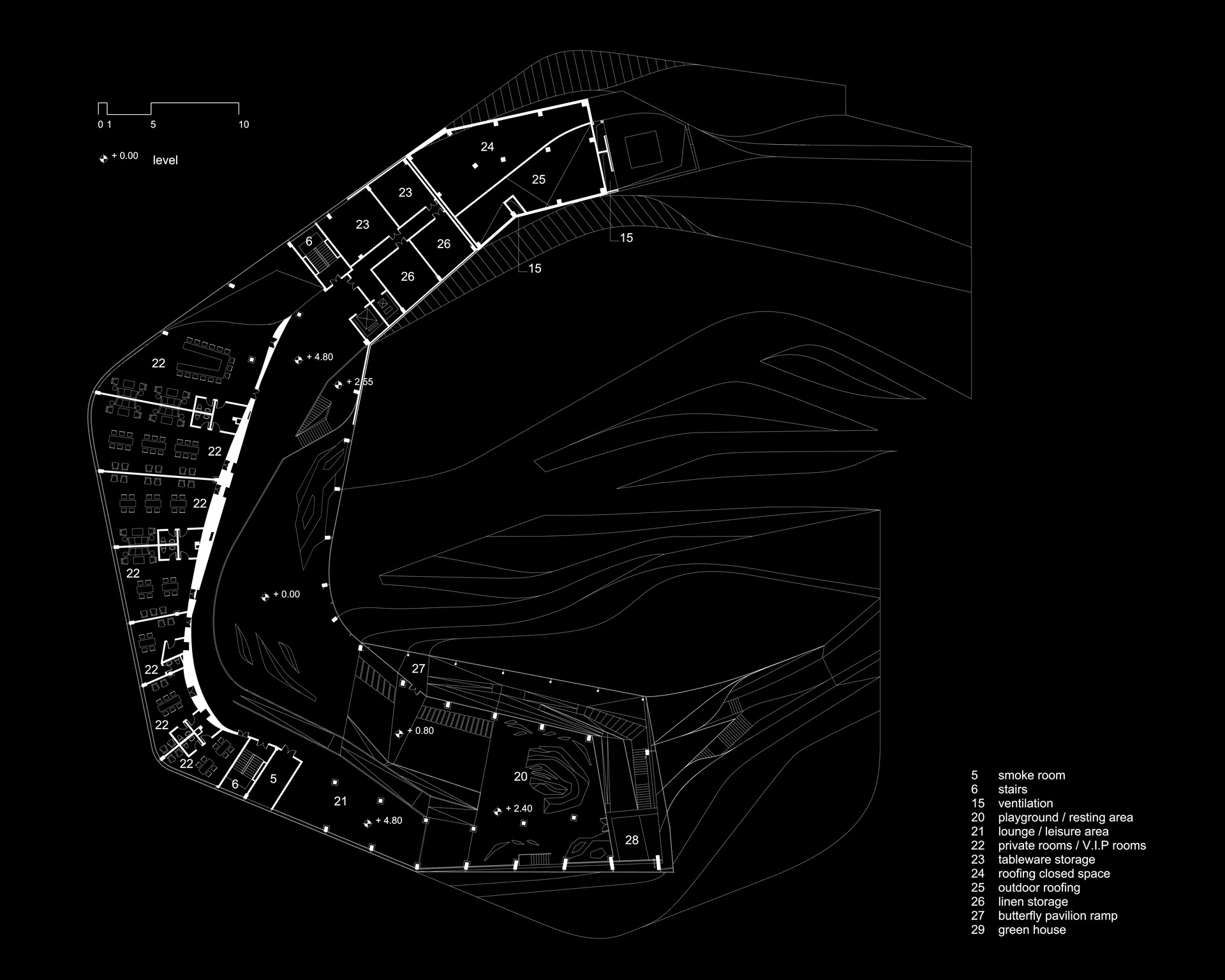 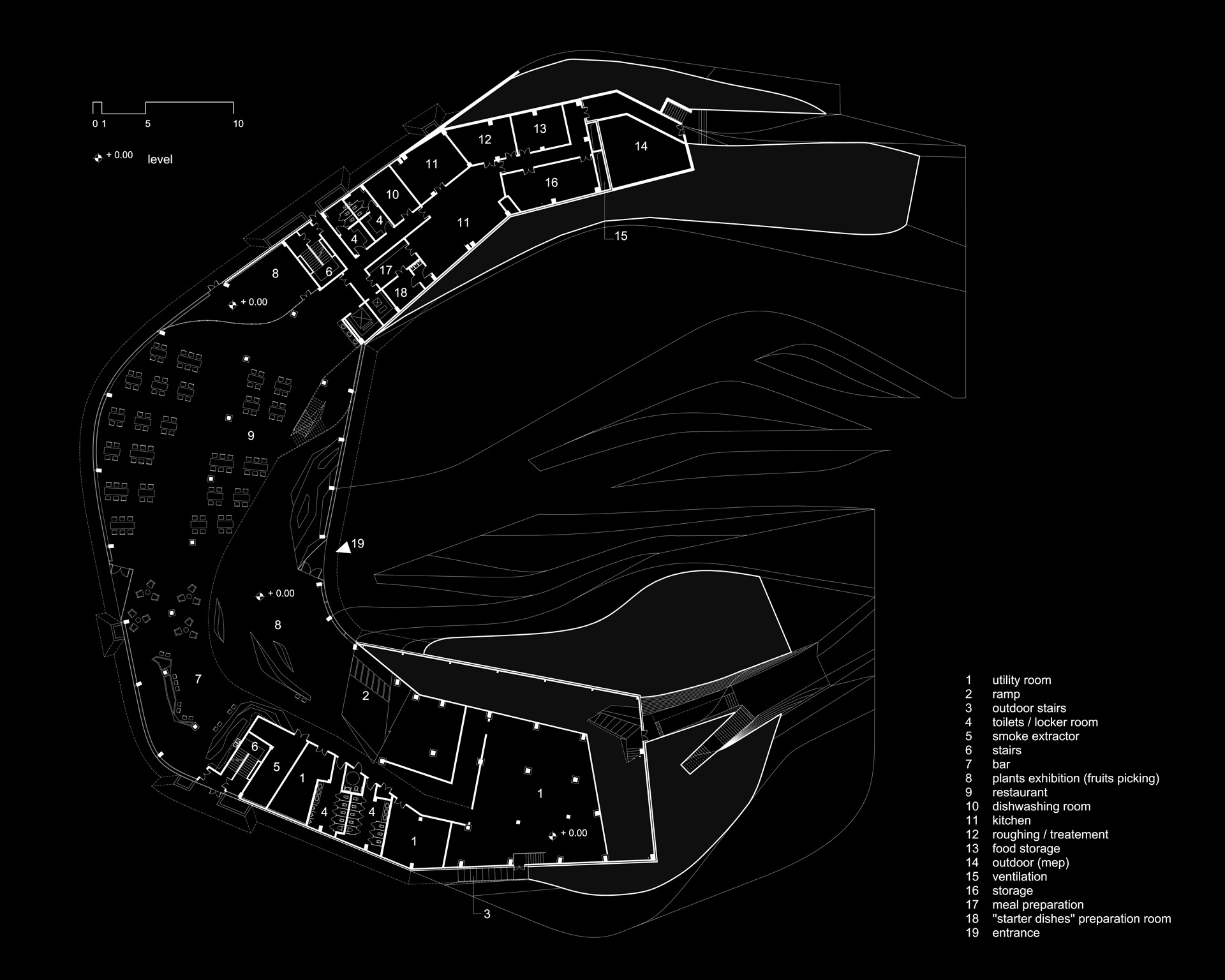